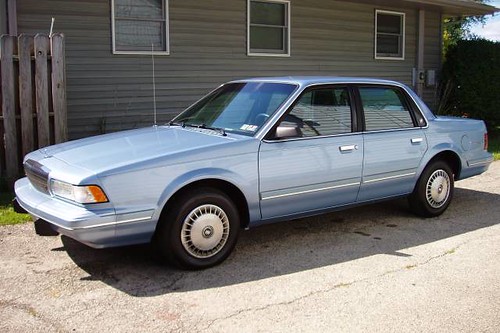 On Friday I said goodbye to a good friend: my 1993 Buick Century. I bought this car right after graduating from college. It had about 60,000 miles on it and not a spot of rust. For about 6 years she did almost everything I asked of her. As far as I can remember, she never abandoned me. The muffler was a constant problem though. In fact, I remember sitting in the muffler repair shop knitting the garter for my wedding in 2009. She got me to my first job after college and every one since. When I started traveling to shows, I crammed as much fiber in there as possible. It was hard to believe how much stuff I could get in there, but those old cars had BIG trunks!

In the end I knew time was running short. Things were going wrong, leaks were appearing, the transmission lines were rotting… but the car was still running, so it was hard to say goodbye. I’ll always think on you fondly, Gladys!

Of course I’d been pondering her replacement for some time. I knew it needed to have more storage, or at least be easier to load. Plus I wanted something that could tow. I had been looking at various SUVs, though in the end I found a Victory Red 2008 Chevy HHR. It was a lot newer and fancier than I had hoped to find, so I am pleased. Now it is time to make new memories with Ruth! 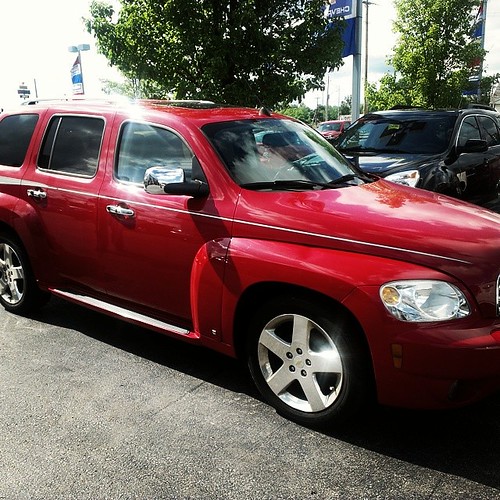 This class is an introduction to crochet for the total newbie. We’ll cover the basics including starting your project (chain), a single crochet, and a double crochet if time allows. Two days to choose from![...]
View Calendar